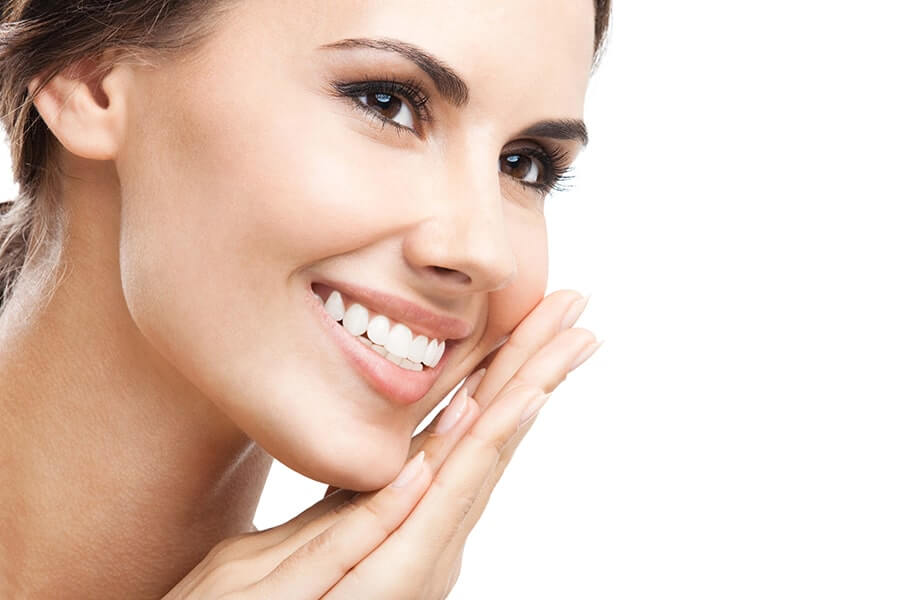 Contrary to popular belief, boasting a set of straight pearly whites does not necessarily define a beautiful smile – which is actually created by a delicate fusion of facial aesthetics and dentistry. This art of balancing a smile with an individual’s face and lips can be achieved in several ways, such as following the golden ratio of aesthetics, treating gummy smiles and the use of porcelain veneers. DR Zak Schabort elaborates.

Did you know that while a gorgeous smile undoubtedly boosts confidence and reflects beauty, it can also enhance one’s entire facial appearance? It’s true – and made entirely possible due to new developments and procedural techniques in aesthetic dentistry. Now thanks to these innovative methods, there are several treatment options available to achieve that perfect smile, such as eradicating a gummy grin, treating asymmetries and the utilisation of veneers

When a person’s smile displays more gums than teeth, we essentially refer to this as a gummy smile. Although it could be aesthetically pleasing to show a little bit of gum, the ideal would be to reveal no more than 1 mm of your pinks when you smile.

That said, however, there are a few factors that need to be considered before we can even make a diagnosis. We would first have to establish whether the gummy smile originates from skeletal reasons (the upper jaw being too forward or the lip being too short), whether it is a hyperactive muscle that pulls the lip upwards when you smile, or whether the gums are hyperplastic (abnormal overgrowth of the gums).

The muscle responsible for this action of lifting the lip upwards is called the levator labii superioris alaeque nasi (I know, quite a mouthful, right?). Ironically this is also the longest name of any muscle in an animal. Translated from Latin, it literally means the lifter of both the upper lip and of the wing of the nose. This lifter muscle is attached to the upper frontal process of the maxilla and inserts into the skin of the lateral part of the nostril and upper lip.

If you add pressure on to this muscle by placing your fingers on it, it should inhibit your gummy smile. This may then be a result of the muscle working harder than it should. If this is indeed the case, then treatment is a very simple procedure, where we would inject neuromodulators (botulinum toxin) into the muscle to help it relax. Additionally, this treatment modality would need to be repeated almost every three months, with the procedure itself being relatively painless.

The general cost involved is R900 to R1 500 per session and is non-invasive and safe, provided the patient adheres to the postoperative instructions – such as abstaining from exercise for 24 hours, and not applying any pressure on to the injected site. The latter instruction is particularly important to follow, as adding pressure may force the neuromodulators to different muscles – which may inhibit facial expression or even smile for the next three months. Fortunately, such side effects are not really common.

What if hard tissue is the cause of gummy smile?

Say the muscle is not the culprit and the cause is related to hard tissue, we as dental professionals will guide you as to which options would be best. One of them includes manipulating the positioning of the maxilla and bringing it backwards. This, in essence, may not only be hampering the profile of your face but can also decrease the bony support we need to age gracefully.

In cases where surgery is contraindicated, it might then be suggested (but only confirmed after proper diagnosis) that the gums be contoured using a laser to lengthen the teeth. In this regard, we can utilise the laser to successfully perform a crown lengthening procedure, where we either remove soft tissue only, or – in more severe cases – bone as well.

The amazing thing about the era that we live in is that the downtime is reduced to a minimum, which means we no longer have to wait six weeks to perform a smile makeover (as was previously the case). Instead, a patient who wants their smile to be veneered can literally undergo this procedure on the same day of the gum contouring appointment. However, the cost of this laser treatment will depend on the severity and bony involvement. Anything from R5 000 to R18 000 is generally the going rate.

In facial aesthetics, we as aesthetic practitioners always try to adhere to the golden ratio of facial aesthetics. This means that the mouth’s first upper incisor would be more or less on the same gum height than the canine – with the second incisor slightly lower – yet symmetrical to both sides of the mouth. Ideally, the midline will run through the two front teeth, which will then intercept the frenum and filtrum, thereby dividing the cupid’s bow into symmetrical halves. Now add the correct lip volume, upper and lower lip ratio as well as profile to the equation, and we end up with the most beautiful people in the world. And it’s this precise reason that the laser is so adventitious, as it can be utilised in the treatment of these asymmetries – ensuring a higher patient satisfaction rate.

The golden ratio of facial aesthetics: bringing balance, harmony, and symmetry to enhance your facial features and create the perfect smile

Diamineers, luxury handcrafted veneers, have a 520 MPa tensile strength on a mere 0.2 mm thickness, which is wonderful news for the field of minimally invasive dentistry. However, it must be noted that since Diamineers are so thin, they would not work well on dark or discoloured teeth (due to the extreme translucency).

Teeth whitening is therefore strongly advised before treating these cases. Moreover, the more colour particles used in lithium disilicate (the material the veneers are made of), the weaker the material. So, it’s for this reason – and the addition of more opalescence to the formula – that the teeth under a Diamineer would need to be of a whiter shade already.

The 3 shades of veneers

1. Pearly Sands – The most natural looking

3. UltraluX Opalescence – The whitest shade (yet it still resembles a very natural look and feel)

Now, say the gums are hyperplastic (overgrown). In this instance, it should first be ascertained whether the condition is genetic, or whether it’s the result of having underlying gingivitis or periodontitis. Should the hyperplasia be due to infections (as bacteria can cause the gums to swell significantly), then the treatment protocol would involve a simple visit to the oral hygienist for the removal of calculus, followed by a proper oral hygiene programme. It is also advisable to have your teeth cleaned at least every six months as part of an investment in a healthier you.

Conversely, should the gums be overgrown due to either hereditary reasons, or when patients are faced with gum hyperpigmentation or an overactive frenum, the best treatment modality would then be the utilisation of lasers. As previously mentioned, the use of lasers in dentistry is not only highly effective but is also non-surgical and pain-free – which means no scalpel is involved.

Should the lip be too short, the easiest approach would be to use hyaluronic acid fillers to add volume to the lip, which in turn should add to a more pleasant smile. The cost for this procedure ranges between R3 500 and R6 000, depending on the filler and amount used, and can last anywhere between 8 to 18 months.

However, it’s important for patients to keep in mind that less is more – and therefore not to go overboard with the amount of filler that gets injected. Results should be natural and soft, as few things are as scary as some ‘creatures’ with the most over-volumised results. Not only are you the only person that thinks you look pretty… you are also upsetting society in general, thereby giving the whole industry a bad reputation.

Now on to probably the best news in this article: the latest in veneer technology has just been launched in South Africa with the innovatively new Diamineers. These veneers are so highly aesthetic that even I am getting mine done as a Christmas gift to myself.

They come in three shades, and due to their exceptionally thin 0.2mm thickness, are highly translucent, opalescent and natural. The preparation for them is also minimally invasive because of their tensile strength – which means less of your natural tooth structure needs to be removed in order for the veneers to be placed over your natural teeth.

The nice thing about these veneers is that the Diamineer Lab guarantees them for five years (which shows a lot of confidence in their product). The other benefit is that the lab also advises us as aesthetic dentists on which cement to use. Patients additionally receive a letter of authenticity from the lab, which means you would be able to rest assured that you are indeed receiving the real McCoy.

Diamineers look very natural and are, in my opinion, a huge breakthrough in the world of dental aesthetics. I was honoured to perform the first Diamineer Smile Makeover in Africa. Now, many aesthetic dentists are offering this service. To locate a provider, visit www.diamineers.com and the lab will appoint a suitable aesthetic practitioner in your area, or hopefully nearby. Diamineers typically retail for R9 500 to R25 000 per tooth.

Get Social With Us

A holistic approach to a rejuvenated look as perfo

To all our patients and future patients! The CDE i

How can we help you today?
Let us Chat
Hi! Click one of our members below to chat on Whatsapp
The team typically replies in a few minutes.
Cape Town Dental Emporium
Dental Expert
I will be back soon